Mandatory time reservation in the City of Greve

From 2012 onwards, Greve Municipality has used FrontDesk as its queue management system. The introduction of FrontDesk was part of an ambitious digital strategy that was designed to make the Citizen Service Centre more efficient and to strengthen the service that it offers. The goal was to significantly reduce queues through better planning via FrontDesk and the retraining of employees. 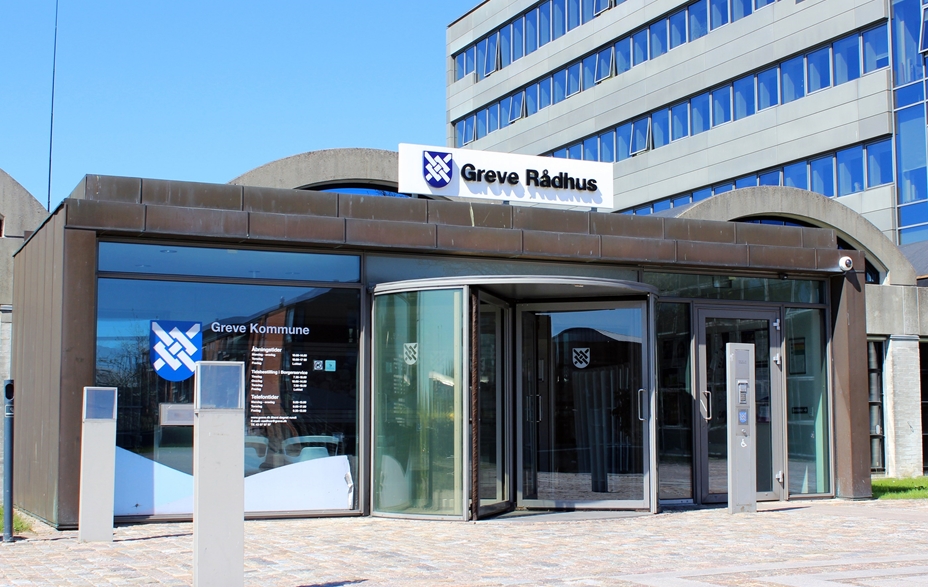 In 2017, the decision was taken to introduce mandatory time reservations using the FrontDesk online system. Huge advantages had already been secured in the form of fewer transactions and more flexible opening hours adapted to the needs of citizens. But there was a desire to give citizens even greater possibilities to make use of new digital opportunities.

Mandatory time reservation was a controversial subject and the plans were criticized by politicians, citizens and employees alike. City Hall viewed the prospect as a degradation of service that would make it more difficult for vulnerable citizens in the municipality to get help. There was a fear that older citizens would fall into the digital divide. Even staff were skeptical – they worried that further digitisation would place greater demands on efficiency and lead to redundancies.

That was quite the hot potato.

A range of different strategies were used in order to address the concerns expressed by several stakeholders. A comprehensive information campaign was rolled out which provided clear and concise information about the new approach.

The campaign was disseminated through email and via local newspapers, meaning that most citizens knew from the very start that they would need to log on to the website to book an appointment. There was also a soft launch, which meant that appointments initially only needed to be pre-booked on certain days of the week. On Mondays, citizens could still show up without having booked an appointment.

As an additional service, the role of host was also created. The host greats citizens as they arrive to the Citizen Service Centre. The host helps citizens who show up without an appointment to find a solution and provides assistance to older and more vulnerable citizens.

“It’s about using our resources sensibly while also strengthening our service at the same time. Before, our employees all worked in different specialisations, which meant there were often long queues at certain counters, while staff working with pensions and passports had nothing to do”

The freed-up time did not lead to redundancies but was instead managed through natural wastage. At the same time, quality has been more highly prioritized. Mandatory time reservation means that it is now possible to provide even better service to more vulnerable citizens. The change has also resulted in more peace and quiet to get to the bottom of more complicated cases and it has freed up more time to get new projects off the ground. Something that was unthinkable before when employees spent most of their days manning counters.

It quickly became clear that the introduction of mandatory time reservation was an enormous success. On the one hand, considerably fewer citizens found it necessary to come down to the Citizen Service Centre, because they were able to get the help they needed from home. On the other hand, it also meant that individual transactions were made much shorter.

When a citizen books an appointment via the website, they are also given information about the procedure and all of the papers that they need to bring with them to their appointment.

This means that citizens are ready to be seen as soon as they arrive and over the course of three years, this has halved transaction times so that the average visit now only lasts around five minutes.

…AND 70% FEWER HOURS ON THE COUNTER

So not only has mandatory time reservation brought down the number of transactions by 40%, from 25,000 to 15,000, but it has also meant that staff now only spend 1,250 sitting at a counter each year compared with 4,200 hours three years ago. In other words, 3,000 counter hours have been freed up, which equates to 70% of the hours available in 2016.

Waiting times have also been reduced from 17 minutes in 2016 to minus three minutes today, given that citizens tend to arrive about three minutes prior to their appointment time on average. In the past, citizens would often wait for hours, but at the end of 2018, the need for physical visits was reduced to such an extent that it became possible to free up Wednesdays for other work and stop taking visits on these days altogether.

“Instead of viewing self-service as a degradation of service, we see it as an improvement instead. 80% of our citizens can take care of most things for themselves, and it is right that they have this possibility. The other 20% can still come down to the centre and get help making an appointment”.

In order to ensure support for mandatory time reservation from politicians and citizens, the Citizen Service Centre conducted a citizen satisfaction survey. Between March and August 2017, all citizens who visited the Citizen Service Centre were asked about their experiences. The feedback was overwhelmingly positive and showed that citizens were pleased with the lack of queues and that they were ready and willing to make use of new digital opportunities.

Mandatory time reservation naturally has room for exceptions as well. Citizens can still come in with emergency issues; for example, if they have lost their wallets and are missing their health insurance card. Citizens can also get help over the phone if they call up when we are open.

“MY BEST PROJECT EVER”

Digitisation Manager Claus Voglhofer praises both the implementation and operation of FrontDesk mandatory time reservation. Normally, new digital systems entail a range of teething problems, but that hasn’t been the case with FrontDesk – here we have been able to reap benefits right from day one. FrontDesk has been developed specifically for the Citizen Service Centre and it does not require adaptation or adjustment. When it comes to unique needs, FrontDesk has a flat and agile structure, so it never takes long to go from idea to solution.

And that is something that Claus Voglhofer values highly:

“It has been a great and fluid process where nothing has been beyond the realms of possibility. Mandatory time reservation using FrontDesk has been my best project ever. Everybody is happy! FrontDesk has been tailored to the Citizen Service Centre; the system works well and it is easy to administer. I spend very little time on the system and it is only about 5–6 times per month that counter hours need to be reduced in connection with courses or similar”.

Results from the 2017 survey

With 1-day onboarding, we are ready when you are!